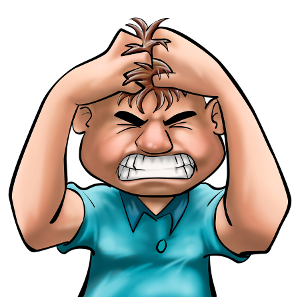 Golf is a difficult game to play and it’s made even tougher when you run into one of these guys:

1. Mulligan Guy–You’ve seen him in all his glory at the charity pro-am. No, this charitable chum can’t just lay down a $20 bill and buy a couple of Mullies a side. He’s throwing down some serious coin to buy multiple Mulligans so he and his buddies can take extra whacks to erase errant tee shots, shanked seven irons and duffed pitches. Better still, after all the do-overs, his group walks away with the first place trophy and Mulligan Guy is the celebrated hero.

2. Gambler Guy–He can’t play without a little on the side and loves wagering on the links more than Philly Mick or MJ. Gambler Guy knows seemingly every way in the world to wager on the golf course. Nassau, Skins Game, Round Robin, Bingo Bango Bongo….and he wants to play it. If you reject any of these offers, he still wants to bet you. How about a tenski on whether you hit the fairway? or  Maybe 20 bones on hitting a six-footer for birdie. This guy will wager on anything.

3. Grouchy starter Guy–He’s the old grubber who has the personality traits of Bobby Knight, Bill Belechick and Donald Trump. He reads all the rules and do’s and don’ts with  the compassion of a pissed off  Marine drill instructor, so it’s difficult to relax and hit a good drive on the first hole. Lighten up starter guy, it’s just golf…

4. Party Guy-Instead of heading to the bowling alley to knock down some pins and brewskis, this guy loves to play golf and ride around in his cart drunk. Early morning tee time? Noooooo problem. This loveable lug usually hits the Bloody Marys and Screwdrivers first (for breakfast), because he typically has a rule of “no beers till after 11:00 a.m”. Then, it’s a hops and barley fest to the 18th hole. Mr. Party Guy can’t recall what he shot for the round, but he knows exactly how many drinks and beers he consumed. The saddest part of the saga is he stumbles out of the golf cart only to get into his car and drive home— a DUI just waiting to happen.

5. Scorecard Guy–He has to write it all down–the good, bad and ugly. He loves to scratch down a snowman for you when you start circling the drain. No matter how bad you’re crashing and burning, he absolutely, positively must know what score you made on a hole. He also gets great joy in leaving the scorecard in the cart (with all of your doubles and triples), so the attendants at the clubhouse can laugh their asses off while they clean your clubs.

6. Bored Assistant Pro Guy–Typically, it’s a washed up junior golfer who had a some good rounds on the AJGA, played  college golf and never won more than a few hundred bucks on the mini-tours. He’s angry his pro golf career didn’t pan out and you, Mr. Customer Golfer, are going to receive a great big dose of his bitterness. He hates you for playing golf while he’s stuck behind the counter ringing up greens fees and folding golf shirts.

7. Ball Hunting Guy—When this guy sees a hole with lots of lateral hazards and forested OB, he gets really excited. His rationale: “Geez, it’s like hunting for Easter eggs. I can’t believe how many Pro V’s I’m going to find.” Forget the scorecard, this frugal linkster judges his round by how many premium golf balls he finds and stuffs in his bag during a round. Next stop for this budding entrepreneur is Craigslist where his “Like New golf balls” ad will bring in the big dollars.

8. Always Late for Tee Time Guy–This is the guy that texts or calls and says he’s only a few minutes away and then shows up 30 minutes late. He’s never at the first tee on time… never. Even when you tell him the tee time is 15 minutes earlier than scheduled, he still manages to be late.

9. Masters Logo Guy—His outfit screams, “I went to the Masters and you losers can’t even get tickets to the practice rounds.” He’s got the obligatory matching hat and shirt with the simple but very identifiable logo, and, of course, the golf towel, divot repair tool and other accessories. The real serious Masters Logo Guy has saved the wrapper from his pimento cheese sandwich which he had while roaming the grounds of the Augusta National Golf Club.

10. Prepping For the Champions Tour Guy–If you see a guy in his late 40s and he’s got  game, please don’t encourage him by saying: “Hey, you ought to make a run at the Champions Tour.” Champions Tour Guy just can’t seem to enjoy a round of golf because he knows the clock is ticking and he’s grinding so hard. He dreams of taking down Langer, Couples and Lehman one day.  Right now, giving beatdowns to 12-handicappers will do just fine till he makes it on Tour. 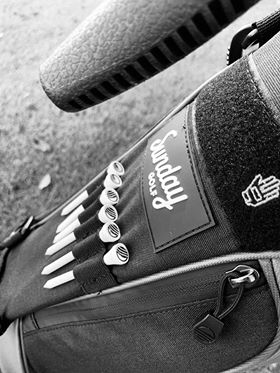 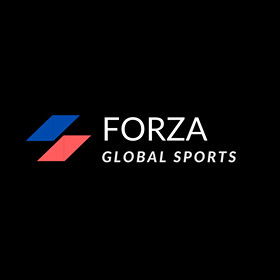 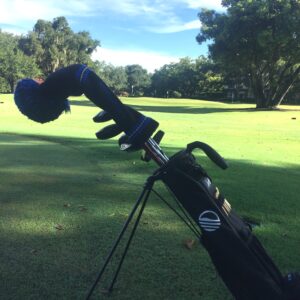