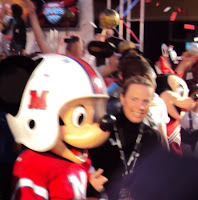 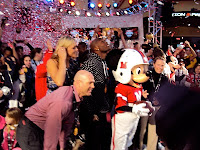 It was great to see Annika Sorenstam at the Disney Wide World of Sports activities. Sorenstam is transitioning to an entrepreneur. She’s combining her passions-golf, fitness, fashion, cooking and wine—into various businesses under the ANNIKA brand. Heading her blossoming portfolio of business interests are a golf course architecture company, a golf academy at Ginn Reunion Resort in Orlando, a clothing line with Cutter & Buck, a signature perfume called “ANNIKA” and wines in partnership with Wente Vineyards in Livermore, California.

I’m not sure if many golfers realize it but Disney has downscaled somewhat from five championship golf courses to four. The Eagle Pines layout designed by Pete Dye does not it exist anymore. The land is being utilized for a Four Seasons resort set to come on line in the future. Disney golf offerings include the Magnolia and Palm courses near Disney’s Polynesian Resort; Osprey Ridge near Disney’s Fort Wilderness Resort and Campground; Lake Buena Vista near Downtown Disney; and the Oak Trail, a 9-hole, par-36 layout near Disney’s Grand Floridian Resort & Spa.

Gatorade announced over the weekend that it’s dropping Woods as an endorser. If you’re keeping score at home, AT& T and Accenture has dumped Tiger and Gillette and Swiss watchmaker Tag Huer have de-emphasized him in their marketing programs. According to my records, still hanging in there with Woods are Nike, EA Sports, Golf Digest, NetJets, Tateer: The Tiger Woods Dubai, TLC Laser Eye Centers, Upper Deck and his wife Elin.