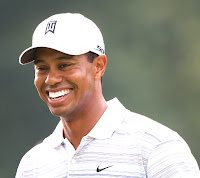 Where Will Tiger Play Next?

You won’t see Tiger at Quail Hollow, The Players or any other upcoming tournament. Let’s face it, he played in a well protected environment at the Masters with overly polite fans afraid they would have their badges yanked if they got too rowdy. Once the beer guzzling, “You da Man” types, get a hold of Tiger at a regular event, watch out. Can you imagine Tiger at the island hole 17th at TPC Sawgrass at the Players, which is framed by thousands of beer swilling fans (not patrons)? If you think the Florida v. Georgia game is “The World’s Largest Cocktail Party”, you haven’t been around the 16th  and 17th greens at the Players on a hot spring day.

Best Round at The Masters

Like much of the golf universe, I was glad to see Phil Mickelson slip on the Green Jacket at the Masters. Phil played great and that 207 yard, 7-iron, between the trees off pine straw on the 13th hole is a shot for the ages. That said, Tiger’s final round was unbelievable. How can anyone, except Woods, jack one in the bunker, miss a one-footer, hit drives into other fairways all day and still shoot a 69. Almost every other pro would have shot 78.  Regardless of what you think of Tiger and his “Cocktail Waitresses Tour Across America”, the guy is still the greatest golfer on the planet.

First, Masters Chairman Billy Payne ties into Tiger and admonishes him about his off-the-course behavior and diminishing role model status, then announcer Jim Nance takes Tiger to task in a post Masters radio interview about Woods’ on-course cussing and general rogue behavior after a bad shot. There used to be a day when nobody, and I mean nobody, ever criticized Tiger. Those days are long gone.

Anthony Kim Will Win the Masters

One player overrun by the Tiger v. Phil morality play and golf tournament was Anthony Kim, who had a stellar Sunday. Kim is a virtual birdie and eagle machine at Augusta National. If he can get his injured thumb back to normal, he’s my early favorite at next year’s Masters.