This list will, no doubt, upset links golf purists who insist there are no true links courses in the U.S.

If you’ll read the title closely, though, you’ll notice the courses I highlight are “links style”.  The ten mentioned aren’t links courses in the strict definition and some of them are actually hundreds of miles away from the nearest ocean.

Not sure the purists are still reading, but for the rest of you who want to play some fascinating and superbly designed links golf inspired courses, here’s my list:

“Hey, did I just parachute into Scotland with my golf clubs?” might be your thought as you step to the first tee on one of Bandon Dunes’ five courses. No, you’re actually on the stunning southern Oregon coast. Here, the courses take advantage of terrain with massive sand dunes, giant shore pine trees and Pacific Ocean views. You’ll love the tight lies, tall grasses, undulating fairways and other engaging elements of these phenomenally designed courses. The Pacific Dunes and Bandon Dunes courses are ranked in the top 10 of Golf Digest’s 2013-2014 “Amerca’s 100 Greatest Public Courses.”

Framed by two miles of Lake Michigan shoreline, the Pete Dye designed Straits course at The American Club Resort is a masterpiece with imported fescue grasses, rolling dunes topped with tall grasses and amazing links-style bunkering. If you want even more authenticity, there are even sheep roaming on the course. The Straits is ranked #2 in Golf Digest’s ranking of America’s Greatest Public Golf Courses for 2013-2014.  Dye also designed the resort’s Irish course, a tribute to the great links courses in southwestern Ireland. The PGA Championship will return for the third time to Whistling Straits in 2015.

Site of the 2012 PGA Championship and the legendary “War on the Shore” Ryder Cup Match in 1991, this Pete Dye virtuoso design at the Kiawah Island Resort has everything you’d want in a links style golf experience. There are sometimes fierce Scottish-like winds and ten holes that play along the Atlantic Ocean. Dye throws everything but the kitchen sink on the Ocean Course with mounded fairways, steep-walled waste bunkers, deep pot bunkers, undulating plateau greens and high grasses. 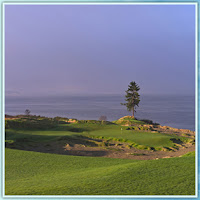 Designed by Rick Smith and Warren Henderson, the course rests on the bluffs above the shore of Lake Michigan. A daily-fee layout open from mid-April to mid-November, Arcadia Bluffs looks as if it has been air-dropped in from Ireland. Enhancing the Irish links ambiance are high native grasses, wide, rolling fairways, 50 sod-walled bunkers, huge greens averaging 8,000 square feet and 3,100 feet of shoreline. 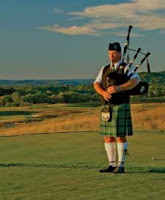 A wonderland of rolling fairways, wheat-yellow native grasses, craggy knolls and huge mounds, this 1998 Roger Rulewich design at Crystal Springs Resort is annually ranked one of New Jersey’s best courses by a variety of regional and national publications and websites. The expansive 360 degree panoramic views of the New Jersey countryside give golfers an added shot of adrenaline as they approach the tee boxes at Ballyowen.

Situated on the rim of the Snake River Canyon, this Tom Lehman/Chris Brand design has dramatic elevation changes, high grasses and innovative rugged bunkering. When the wind blows, as it often does in this part of the Cornhusker state, you can close your eyes and swear you’re in Scotland. The Prairie Club is a fantastic golf vacation destination with accommodations at a rustic-looking, amenity laden 31-room lodge, four separate cabins and two other golf courses.

Aptly named, this Bill Coore/Ben Crenshaw design weaves around and over countless sand hills in north central Nebraska. The experience encompasses 50 to 90 foot wide fairways, native tan and brown prairie grasses, sand blow-out areas and massive green complexes that encourage bump and run and pitch shots. Be aware, this course is in the middle of nowhere. Situated in a fairly desolate part of the state about a 5 hour drive west of Omaha, Sand Hills is a private club with about 160 members and it’s only open from Memorial Day to Labor Day. There is no cell phone or internet service there and you need to be a guest of a member or have some sort of connection to tee it up. If you can secure an invitation, it’s one you shouldn’t pass up. Sand Hills has been rated by many publications in the top 20 of best courses in the world. For more information, I suggest clicking  Sand Hills, where you can retrieve basic information and a phone number to call.

A private club that allows limited outside play and some stay and play packages, Ballyneal is a high-end, few frills type of golf experience. To create a natural, less contrived links-style experience, there are no tee markers, no yardage markers, and, of course, no golf carts. You’ll find rolling fairways, fescue grasses and links-style bunkers on this minimalist design by Tom Doak.

While it may only measure 6,126 yards, the constant winds at Nags Head make it play much longer. Some holes are routed along the Roanoke Sound and rolling dunes and wild sea grasses add to its links-style personality.