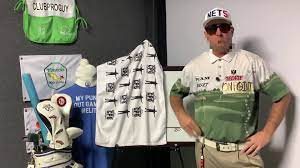 I Guarantee you’ll laugh your ass off with CPG’s Twitter Posts. From his fictitious under-construction 3 Jack National private golf course to his hilarious press conferences and instruction videos delivered in his trademark golf sandals, Club Pro Guy will make you smile and fall in love with golf all over again. The former “Mexican Mini-Tour Legend” also has a fab website and Instagram account with over 90,000 followers. 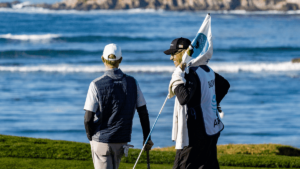 It’s dedicated to telling the stories about professional golfers chasing spots on the top tours. This Twitter account goes in-depth into the grueling trials and tribulations of golfers trying desperately to make it as professional golfers. Monday Q Info doesn’t cover the glamorous side of pro golf where D.J., Brooksie and J.T. are flying in private jets and cruising around in courtesy luxury cars, rather, it focuses on  the Korn Ferry and mini tour stories which are fascinating, many times heart wrenching and always interesting. Thanks to his many connections and insight, writer Ryan French has grown the site to more than 83,000 followers. He’s also a storyteller with Fire Pit Collective. 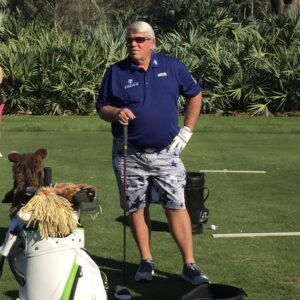 J.D. doesn’t have over 600,000 Twitter followers for nothing. The two-time Major winner– endorser of Loudmouth clothing and Hooters– has also released two country music albums. One of his biggest hits is “All My Ex’s Wear Rolexes”. You’ll see posts about everything from University Arkansas football to videos of him performing with a guitar in a Hooters in Orlando. There’s never, and I mean never, a dull moment with J.D. on Twitter 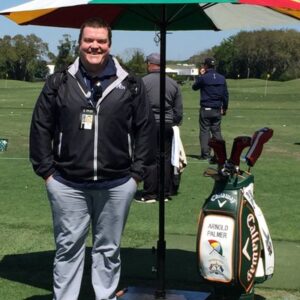 If you love PGA Tour stats from the obscure to the obvious, Ray’s Twitter feed should absolutely, positively be your first stop. Justin Ray Twitter.  Here’s just small sample of Ray’s amazing stat research: “From 2004-06, Tiger Woods had 1,466 putts from 3 feet and in measured by ShotLink. He missed three  of them.” Ray has more than 60,000 followers who go to him regularly for the most amazing stats in the game. Justin Ray Twitter 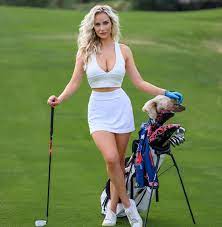 Do you like seeing curvaceous blondes play golf? Of course you do. And, so do her more than a half million followers on Twitter. Spiranac offers up lots of cleavage shots as well as some really solid golf and betting content. A former golfer at San Diego State, Spiranac — who has 145 instruction videos to her credit — knows the game and is much more than just a super attractive lady. She’s also a Points Bet USA ambassador and has a popular podcast, “Playing-A-Round” and Instagram page with 3.2 million followers. 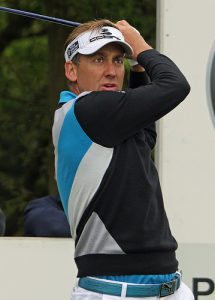 This Ryder Cup icon can be somewhat annoying on and off the course, but his Twitter account is always entertaining. From the endless pics of his Ferraris to hilarious prank videos on other DP World Tour players, Poults always delivers. Ian Poulter Instagram 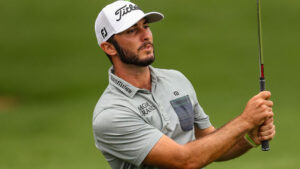 While not exactly a household name, Homa, a four-time winner on the PGA Tour, is one of the most witty and articulate golfers anywhere. He’s social media savvy and always provides great content and insight into the world or professional golf. Max Homa Twitter and Instagram. 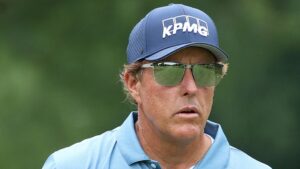 Philly Mick is lots of things to lots of people. To some, he’s a likeable, fan-friendly 6-time Major champion. To others he’s a cheezy, thumbs-up phony who has turned his back on the PGA Tour and is grubbing for some Saudi money. Either way, the opinionated Mickelson seemingly has something to say on just about any topic. He’s understandably a bit quiet right now, but things could heat up any day now. Maybe that’s why he has more than 816,000 followers on Twitter. 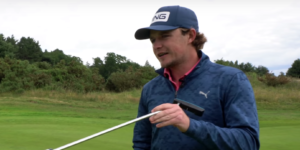 Englishman Pepperell, a European Tour player, isn’t a recognizable name to most American golf fans because he doesn’t play the PGA Tour regularly. However, the dude has serious social media game. He’s the ultimate troller and has more than a few in-your-face comments where he shoots from the hip and thinks later. You never know what you’re going get from day to day from Pepperell on a variety of topics and that’s what makes him such a great follow on Twitter. 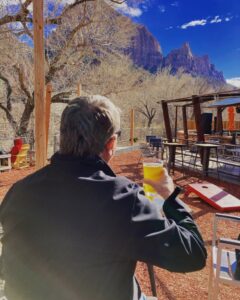 Hey, there’s always room for shameless self-promotion, right? The Golf Travel Guru Twitter feed is loaded with updates on website posts, occasional wise ass comments and opinions on some of my favorite topics like annoying golf behavior, Caddyshack the movie, The Masters, Formula 1, all things Leslie Nielsen, links golf, golf fashions and more. You can also hit me up on Instagram, Facebook, Linkedin and Youtube. Thank you and have a good day.