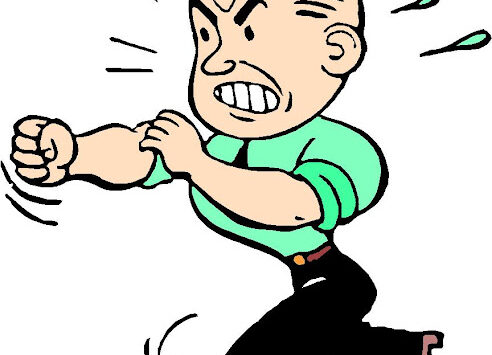 1. Dopey announcers and analysts that run mock plays and formations wearing suits and ties on mini synthetic turf football fields. And then, hilariously, execute swim moves when they rush the passer. The QB, of course, is yelling out stupid audibles like “Omaha”.

2. Announcers and betting experts that put on stupid hats and helmets when they reveal their betting picks.

3. Smug, annoying, know-it-all analysts like Chris Collinsworth who give idiotic insight like: “This is a game for the ages” (Both teams were 3-3 at the time) and “Patrick Mahomes is doing things I have never seen before. Throwing the ball, running away from pressure, throwing the ball while running away from pressure, it’s unbelievable.” There are hundreds more, believe me.

4. Analysts like ABC’s Mark Jackson who gratuitously use (I mean overuse) the same old tired lines every stinkin’ NBA game he calls. You know, like “Mama, there goes that man again”,  “Hand down, man down”, “Grown man move” and “You’re better than that.” Puh-leese, get some new material.

5. When did wearing athletic shoes with $1,500 suits become a good fashion look? Like, never.

6. Debate show panelists with faux outrage always accompanied by lots of yelling and screaming about nothing.

7. Sideline reporters that go into the stands to interview parents of a player and ask the same stupid questions about how does it feel to be a parent of a successful athlete. Uh, pretty good I would imagine.

8. Frazzled sideline reporters trying to interview the winning head coach surrounded by mobs of crazy fans who have just stormed the field.

9. Forecasting plays. Ever since former Dallas qb turned CBS analyst Tony Romo predicted some plays on air, now every analyst is pretending to have a crystal ball (most of them are wrong, however).

10. The referee expert in the booth during a review who always says the same thing: “Once they make the call on the field, Bob, they almost never change it.” Back up to you Bob. Thanks for nothing.

Winter Clearance - Up to 50% Off Select Products