Call it what you will, “The Slaughter by the Water”, “Stampede at The Straits” or “Whippin’ at Whistling” but the U.S.A. team had a dominating, record setting performance that cleansed a lot of wounds from previous Ryder Cup failures.

This group of Americans that “Kicked Ass at Kohler” are a patriotic bunch that jumped on the unsuspecting Euros early and never let up on the way to an historical 19-9 victory.

And what a victory it was from Jordan Spieth’s miraculous skyrocket shot and Bryson’s 417-yard tee shot to Berger and Thomas shotgunning beers on the first tee to DeChambeau and Brooksie hugging it out, it’s a Ryder Cup we will never forget.

Here’s how they pulled off the “Whitewash at Whistling”:

Stricker’s boldest and possibly most controversial move if we had lost the Cup was the Scottie Scheffler pick, a superb young player who has yet to win on the PGA Tour. Stricker, a Wisconsin native, ignored the cries and demands for Kevin Na, Patrick Reed and Kevin Kisner among others. In Sunday Singles, Scheffler delivered big time when he took down sizzling hot No. 1 in the world Jon Rahm, who was by far the best player on the European team. Another great move was selecting six rookies for the team, which appeared to give our squad a much needed boost of enthusiasm and fearless play. None of the rookies seemed overwhelmed by the moment. In fact, American rookies went 14-4-3, the highest points per match of a group of rookies in the modern era, according to stats savant Justin Ray.

Arguably, the most important ingredient in Team U.S.A.’s success was the brotherhood and espirit de corps, especially amongst our rookies. And it was not manufactured or contrived, either. Most of the players on our team have played against each other since before they were teenagers. Youth golf, with its wide array of national junior tournaments, brings together the top players to compete at an early age. Thanks to Tiger Wood’s impact competitive junior golf has exploded in the past 15 years. Now, it’s much like A.A.U. hoopers playing against each other before they reach the NBA.  Today’s golf phenoms end up bonding well before they hit their first shot on the PGA Tour. Justin Thomas and Jordan Spieth have been friends since their junior days, Scottie Scheffler and Bryson DeChambeu are bros as are Collin Morikawa and Xander Schauffele and Brooks Koepka and Daniel Berger, who competed in junior tournaments in Florida and played at Florida State.

Stricker loaded his roster with lots of bombers averaging over or near 300 yards off the tee and it paid off handsomely. According to Justin Ray, USA won 34 par 5’s shooting an amazing -46-under-par and the Euros could only muster 14 par 5 wins at -22-under-par.

A combination of bad timing and questionable picks by Captain Harrington pretty much doomed the European team before they put the first peg in the ground on No. 1 tee on Friday. Lee Westwood, who went 1-2-0 at Whistling Straits, was playing fabulously a few months ago but his game had tailed off in recent weeks and he was not in top form. Rory McIlroy was 0-3-0 the first two days and playing horribly (by his standards) before besting Xander Schauffele in singles. Europe had four 40-somethings on their team (Ian Poulter, 45, Paul Casey, 44, Sergio Garcia, 41, and Westwood, 48,) and they just couldn’t keep up with the young, fearless and extremely talented Americans. Yet it was Europe’s rookies, not its old timers, that wilted like two-week old grocery store flowers. Hovland, Fitzpatrick and Weisberger didn’t win a single point and went collectively 0-9-2.

It was eerily quiet when the Europeans hit a good shot because there were literally no European fans except for a few die hards that live in the U.S. and, of course, Barstool’s Riggs who was rooting for the Euros because Stricker didn’t pick his buddy Kevin Kisner for the team. Fact is, because of the numerous travel hurdles for European fans very few crossed the pond to cheer on their heroes. The partisan U.S. crowd – though a bit boorish at times by booing the European players – was rowdy and supportive and it certainly propelled the U.S. squad. The wild cheering was particularly helpful to the rookies who would have faced much more fan intimidation in Europe. Plus, the USA team more familiar with the Whistling Straits golf course. The PGA Championship was played there in 2004, 2010 and 2015. Dustin Johnson, Brooks Koepka, Jordan Spieth and Tony Finau all finished in the top 10 in the 2015 PGA Championship on The Straits. 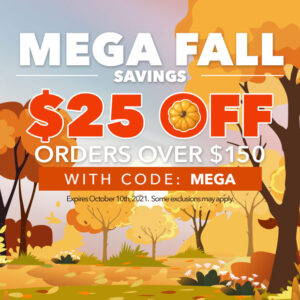