Home  >  Uncategorized  >  Are You Ready For Fox Sports and the U.S. Open? 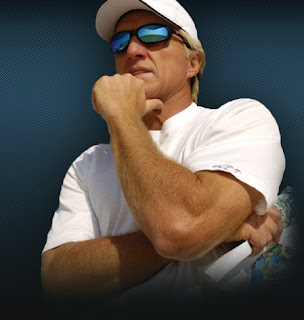 Don’t worry, you won’t see John Madden coming out of retirement and bellowing “Boom!” and “Bam!” every time someone launches a 350-yard drive or sinks a 30 footer.

No, Fox Sports has assembled an eclectic cast headed by Joe Buck, Greg Norman, Holly Sonders and others to bring you the 2015 U.S. Open on television and digital platforms.

Here’s a review of the Fox Sports golf line-up:

Joe Buck–I like Buck as a baseball announcer. He’s right up there on my favorite list alongside Vin Scully of the Dodgers and Jon Miller of the Giants. Buck is excellent with Troy Aikman on Fox’s NFL telecasts, too. That said, he’s got a long way to go to equal the excellence of CBS’s Jim Nantz and NBC’s Dan Hicks. These two silky smooth talking announcers sound like they came out of the womb announcing golf. I know he’ll be broadcasting some warm-up events, but the 2015 U.S.Open might just be the biggest challenge of Buck’s career. How he sets up Norman and addresses the nuances of the game of golf, will go a long way in determining his ultimate success.

Greg Norman–I’ve interviewed Norman twice and he’s a terrific story teller. I hope he can bring the same color and detail to his presentation on Fox. My concern is Norman has so many other things going on in his life such as clothing, wine and turf businesses that he might not have enough time to fully prepare. My guess is Norman will attack this challenge just like everything else he does and do an admirable job. It’s unrealistic to think, however, that he can be on the same footing initially with Johnny Miller, who is synonymous with the U.S. Open.

Holly Sonders–We really haven’t seen much of the curvaceous Sonders on Fox Sports golf since she left The Golf Channel last July. Articulate and well-informed about golf, Sonders, a former collegiate player at Michigan State, is knowledgeable and always prepared. She lights up the television screen. Wow, was there anything better than watching her swing a golf club on Golf Academy Live on The Golf Channel. It was about the only time I ever paid attention to whatever swing tips they were doling out. 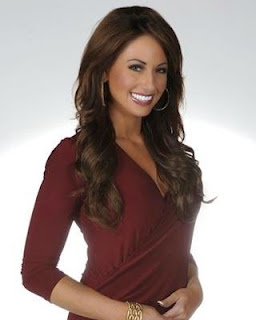 In what appears to be a cast of thousands, others who will participate in the coverage, include Tom Weiskopf, LPGA notables Natalie Gulbis and Morgan Pressel, and venerable Fox broadcasters like Tim Brando, Curt Menefee, Charles Davis and Joel Klatt.

Fox Sports plans to televise more than 32 hours of the 2015 U.S. Open at Chambers Bay. In total, it will air more than 300 hours of golf, including other U.S.G.A. championships and amateur events during the late spring and early summer 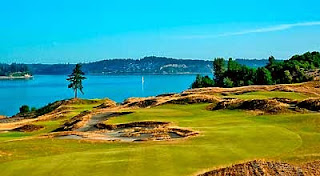 I’ll watch to see if the Buck/Norman team can perform under pressure. After years, of superb coverage by NBC, it’ll be interesting to see if Fox is up to the task.

To be sure, they certainly have an impressive line-up of on-air talent.