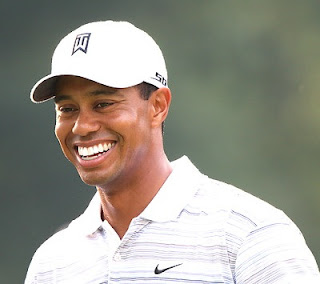 All aboard, we’re now loading up on the “Tiger is finally back” bandwagon.

get your red shirts, black pants, TW caps and those goofy looking white athletic golf shoes because Tiger Woods is back.

With the fire hydrant in Isleworth, sex clinic in Mississippi and Perkins Restaurant distant memories, Woods is finally back on his game following victory at Jack’s tournament (The Memorial).

Even the most devoted Tiger hater must appreciate the way Woods sealed the victory. Bringing back memories of his phenomenal chip at the 16th hole at the 2005 Masters, Woods executed a similarly memorable shot at The Memorial.


It was the type of timely shot that only Tiger seemed to hit prior to the Escalade escapade.


No, at least not the invincible Tiger.


This 2.0, 3.0, 4.0 or whatever version of Tiger will probably play more at the level of Phil Mickelson, Rory McIlroy, Rickie Fowler and Luke Donald.


Woods will be good, even great at times, but not nearly as dominant as his glory years when he was rattling off Major victories.


At age 36, with a slew of knee and personal problems, there is no way Woods will ever get close to his prime.

When you look back at the year 2000 when Woods was 24 years old, he won an amazing 11 events (9 PGA Tour titles, a European Tour event and the PGA Grand Slam) and three majors (Masters, U.S. Open and British Open).

Let’s face it, Tiger set the bar so high that any future accomplishments by him and other golfers pale in comparison to that year.

You hear all the talking heads rattle on about TW being one of the favorites to win next week’s U.S. Open, but nobody really knows which Woods is going to show up.

Will we see the struggling, floundering Woods we saw in the Masters (following his Arnold Palmer Invitational win) or the new, improved Tiger that hits fairways, sinks five foot putts consistently and executes miraculous shots?

To be sure, the ratings for the U.S. Open will be off the charts because of Tiger.

Both the bandwagon types and haters want to see Tiger either win his first major since 2008– when he won the U.S. Open on a bum leg– or crash and burn and miss the cut.

Admit it, so will you.