Is Jon Rahm the new Seve?

If the 2021 U.S. Open taught us anything, it’s that Rahm has some of the guts, guile and fearlessness of Spain’s greatest golfer Seve Ballesteros.

Not surprisingly, after his spectacular showing at the U.S. Open, Rahm is the consensus favorite to win the Open Championship at Royal St. George’s in England.

The opening lines are set and Rahm is the 9-1 favorite according to the latest 2021 Open Championship odds from SportsBettingDime.com. Both McIlroy and Johnson are 11-1, followed by Brooks Koepka at 14-1. 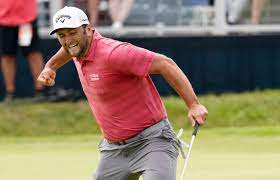 Rahm, currently No. 1 in the World Golf Ranking, seemingly now has that secret sauce to win majors. Not sure whether he got it from his friend/mentor and fellow Arizona State alum, Phil Mickelson, or he figured it out during his time of reflection after being forced to leave The Memorial with a 6 shot lead and a Covid-19 diagnosis, but Rahm is primed to win another major. Make no mistake, even before his recent enlightenment, Rahm was not intimidated by other players, fans or the media. He came out of college brimming with confidence and everything is finally coming together. Rahm hasn’t fared well in previous Open Championships (his best finish is T11 in 2019), but he’s been on fire this year with his U.S. Open victory, T5 at the Masters and T8 at the PGA Championship. 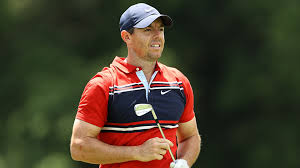 Rory grew up playing courses like Royal St George’s and he seems to have a renewed spirit and attitude toward golf so maybe he’ll put it together and grab another trophy. McIlroy won the Claret Jug in 2014  at Royal Liverpool with a two stroke victory over Sergio Garcia and Rickie Fowler and his sincere joy in media interviews afterward displayed how much winning the Open means to him. Rory played impressively at the U.S. Open at Torrey Pines with a T7 finish so most are expecting him to be in peak form in Sandwich, Kent. His prodigious length off the tee (318.7 yard average, 2nd on the PGA Tour) gives him an advantage at Royal St George’s and he knows how to play all the bump and run shots. 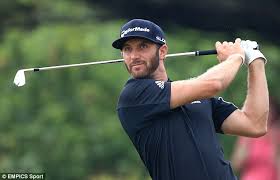 Currently No. 2 in the World Golf Ranking, D.J. has the game to win any major on any golf course anywhere in the world. He’s had a sketchy 2021 in the majors with missed cuts at the Masters and PGA Championship and a T6 at the U.S. Open, but D.J. can get hot and look almost unbeatable at any time. Johnson’s performances at the Open have been unimpressive overall, however, his best was a T2 in 2011, coincidentally at Royal St George’s Golf Club, site of this year’s tournament. D.J. shot 70-68-68-72=278 to finish three strokes behind winner Darren Clarke. Most likely, Johnson will be in the final two or three groups on Sunday. 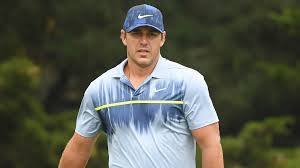 While Brooksie is seemingly winning the social media battle with Bryson DeChambeau, he seems to have lost his golden touch in the majors. Koepka finished T2 at this year’s PGA Championship after getting bested by 51-year old Phil Mickelson, and recorded a T4 at the U.S. Open. He’s had some recent knee issues but says he’s fully recovered and ready to go for the Open Championship. Don’t worry, Brooksie hasn’t lost any confidence and he’ll be ready to kick butt at Royal St George’s.  My gosh, he’s actually said majors are “easier” to win than regular tournaments for him. Why shouldn’t he be confident? From 2015-2020, he notched 15 top-10s and four wins in 23 major appearances. 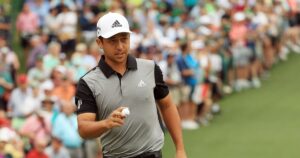 A fixture on majors leaderboards, Schauffele has a complete game that translates well on the world’s toughest golf courses. Currently sitting at No. 5 in the World Golf Ranking, his best finish in an Open Championship was a T2 at Carnoustie in 2018. Schauffele has not won in 2021 but has finished in the top 25 in 14 of his 17 starts this season, including three second place finishes. He is coming off a seventh-place finish in the U.S. Open at Torrey Pines. He’s one of the most consistent players on the PGA Tour ranking third in scoring average at 69.7 and 16th in greens in regulation percentage.

The resurgent Spieth has 8 Top 10s in 20 events played in 2021, including a T3 at the Masters. Spieth enjoys playing links golf and his prolific -12 under performance at the 2017 Open Championship at Royal Birkdale gives his fans hope that he can replicate that magic at this year’s Open

Not sure where his head or game is right now so he’s hard to pick as a winner, but you never know with golf’s most enigmatic player. Lately, his bomber drives seem to be finding lots of grandstands and parking lots and his short game hasn’t been sharp either. His biggest, uh, win, lately was at The Match, where he partnered with  QB Aaron Rodgers to beat Phil Mickelson and Tom Brady. Worse yet, Rodgers carried DeChambeau most of The Match with clutch putting and accurate driving.

He hasn’t had a great year and his Open Championship record is not very good (highest finish was T11 in 2014), but the current World No. 3 has the game and mindset to make some noise if the putts are dropping. Thomas is 7th in eagles and 10th in birdies, according to PGA Tour stats, so he can definitely go low.

No. 4 in the World Golf Ranking, Morikawa, the 2020 PGA Championship winner, is coming off a T4 at the U.S. Open. Morikawa has a killer iron game and currently ranks first in greens in regulation percentage on the PGA Tour and he’s also first in birdie average. Gotta think he’ll be in the mix on Sunday.

Tommy’s name always seems to pop up on early round leaderboards at majors but he just hasn’t been able to finish strong. Perhaps this will be his week. He has several notable performances in majors — 2019 Open Championship (2nd), 2018 U.S. Open (2nd) and 2017 U.S. Open (4th). As a native of Southport, England, you gotta think Fleetwood wants to win this Open bad, real bad.

With his silky smooth swing and kick ass iron game, Louie’s game is made thrive in the majors. He’s had an amazing 2021. He finished T2 at the PGA Championship and 3rd at the U.S. Open. Don’t forget, Louie already knows how to win an Open Championship. He captured the Claret Jug at the 2010 Open Championship at the Old Course in St Andrews.

The happy-go-lucky Norwegian is No. 14 in the World Golf Ranking and is quietly becoming one of the best players in the world. He’s had an impressive 2021 season with a win at the BMW International Open and seven top 10s in 15 events played. According to PGA Tour stats, he’s 10th in scoring average and 2nd in birdie average.