He’s being called  the Master Scheff and The Scheffinator.

Arguably even more appropriate is “The Dominator” because that’s just how Scottie Scheffler has performed on the PGA Tour in 2022 as we approach the U.S. Open at The Country Club at Brookline (8 miles southwest of Boston).

The tournament is set to tee off in just a few days and Scottie Scheffler is your new favorite, with odds to win the US Open averaging at +1150. How in the heck are you supposed to pick against this guy? The No. 1 golfer in the world according to the Official World Golf Ranking (OWGR), the 2022 Masters champion has 8 top 10s in his last 17 events, including four victories and two 2nd place finishes. To say he’s the hottest golfer on the planet would be an understatement. Scheffler is on a Tigeresque run with no end in sight. He has a killer approach game, ranking 2nd in Greens in Regulation Percentage and 3rd in Birdie Average. 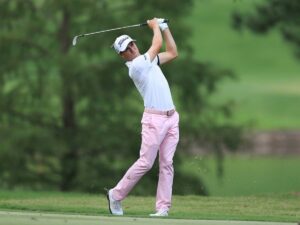 J.T. has the kind of flawless game that weekend players dream about. Fresh off his one-for-the-ages comeback at the PGA Championship in Tulsa, Thomas has the complete game seemingly built for high performance in Majors. He’s having a good year with a T8 at the Masters and is currently #6 in the OGWR. Thomas most impressive PGA Tour states are he’s 2nd in Birdie Average, 3rd in Sand Save Percentage, 3rd in Scoring Average (69.450) and 4th in Putts Per Round. 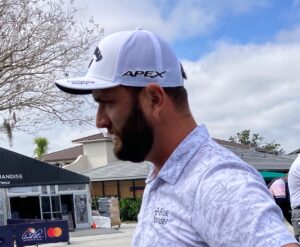 The OGWR No. 2 is predictably on every favorites list for Majors. With his amazing skill set, it’s not surprising. He blasts his drives on average 328.4 yards (5th on PGA TOUR) and ranks first in Greens in Regulation Percentage. Winner of the 2021 U.S. Open, Rahm is primed to win his second Major. His performance in Majors this year has been spotty with a T27 at the Masters and T48 at the PGA Championship. With his immense talent, there’s a good chance he’ll be in the mix on Sunday at Brookline 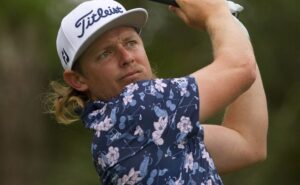 With his Mullet haircut and nonchalant attitude, Smith looks more like a surfer in search of some killer waves than one of the best golfers on the planet. Smith is due to break through as a Major winner and Brookline could well be the venue. Ranked No. 4 in OWGR, Smith has quietly put together a fabulous year. The 28-year old Aussie won THE PLAYERS Championship besting the field in golf, won the Sentry Tournament of Champions, finished T3 at the Masters and T13 at the PGA Championship. Smith is a freakin’ birdie machine. He ranks 1st in Birdie Average on the PGA TOUR and leads in scoring average (60.253). 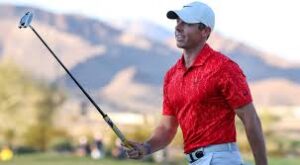 Fresh off his Canadian Open Win, McIlroy is at the top of his game and is now the favorite to win by the oddsmakers. Problem is, Rors hasn’t won a major since 2014 (PGA Championship at Valhalla), but hope springs eternal for the Northern Irishman with the silky smooth swing. He finished solo second at the Masters where he shot a spectacular 8-under 64 that marked the low round of the tournament by three strokes. Problem is, the 33-year old can’t seem to shoot four low rounds in a Major and often shoots low Sunday rounds to vault up the leaderboard but not enough to secure victory. Ranked No. 8 in OGWR, McIlroy is 3rd in Driving Distance (319.4 yards) and 4th in Eagles (Holes Per) on the PGA TOUR. 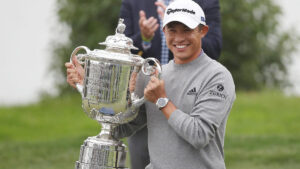 With two Majors victories (2021 Open Championship and 2020 PGA Championship), the 25-year Old Morikawa, No. 5 in OWGR, has the full skill set and mental game to win multiple Majors. He became the first player to win two different majors in his first attempt and the eighth player since 1920 to win multiple majors before turning 25. Morikawa finished in 5th place in the 2022 Masters, his first first top-10 in three starts in the event. He also won the 2021 DP World Championship in Dubai for his first international victory.

The 25-year old Wake Forest product seems to be on every leaderboard in recent Majors and many believe it’s just a matter of time before he wins one. He has climbed to No. 14 in OGWR. Sporting a fabulous iron game, Zalatoris is 5th in Greens in Regulation Percentage. In case you’ve forgotten, Zalatoris’ Majors phenomenal performances include second place finishes in the 2021 Masters and 2022 PGA Championship, T6 in the 2022 Masters and T6 in the 2020 U.S. Open.

The stoic, emotionless Cantlay is a snooze to watch play golf, but he’s got the all around game and putting touch to win a Major. Ranked No. 3 in the Official Golf World Ranking, Cantlay won the Zurich Classic of New Orleans in April, but his 2022 Majors performance has been unimpressive T39 at The Masters and missed cut at the PGA Championship. Cantlay rules the moss. He’s 2nd on Tour in putting from inside 10ft. and 1st from 3 feet.

This kid is, shall we say, trending upward with three victories in 2021-2022. He’s a birdie maker (ranking 4th in birdie average on the PGA TOUR) and is due for a strong performance in a Major. He missed the cut at The Masters and finished T20 at the PGA Championship. Remember too, Burns took down his buddy Scottie Scheffler in a playoff at the Charles Schwab Challenge at Colonial Country Club.

Spieth’s resurgence in the last couple of years has pushed him back in the spotlight as one of the world’s best and his No. 10 OGWR is proof that his play has drastically improved. That said, the three-time Major winner has had an up and down 2022 with missed cuts at the Masters and THE PLAYERS and a T34 at the PGA Championship on the negative side — and positives like his victory at the RBC Heritage and 2nd place finishes at the AT&T Byron Nelson and AT&T Pebble Beach Pro-Am.

Until a couple of years ago, Brooksy was always a favorite in the Majors. Not anymore. The dude has lost his mojo. His performance of late has been lackluster at best with missed cuts at The Masters and THE PLAYERS and a T55 at the PGA Championship. Mix in the wild wedding celebration in the Turks and Caicos with Ludacris entertaining and Brooksy might not have the focus to win. But, then again, he might also be rejuvenated and ready to make a run.