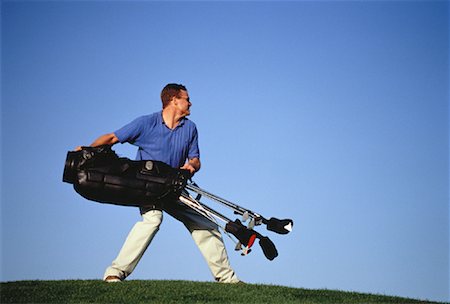 When my game is going down the dumper and the golf gods are against me,  I occasionally need a sports drink or some swing oil (beer or a wee nip will do). I’ve had too many rounds where I see the concession cart on the front nine and then they never show up again when I really need some refreshment. I don’t know if it’s a logistics thing, understaffing, laziness or what, but it happens all too frequently.

You’ve got a great round going and then “mower guy” shows up during your backswing and poof….there goes your tee ball into the trees. Show some consideration “mower guy” and park up on that nearby hill while I’m swinging.

I love how many courses neglect to tell you about their aerated greens. There’s nothing quite like playing 18 holes of bumpy and goofy putts. Then, they have the gall to charge you full-price for a less than perfect product.

Is there anything worse than driving around aimlessly trying to find the next hole on a long and winding course. Hey course designers and owners, if you’re going to put a few city blocks between greens and tees at least give us some easy-to-read signage. I’ve been on too many courses where the tiny signs are a joke and you end up with an unwanted tour of the course.

7. Getting a tee time directly behind a large group of boozing dubbers

We’ve all been there…You get an afternoon tee time behind a group that’s totally focused on their mulligans and “worst dressed golfer” awards. If you don’t have the six hours to play behind one of these groups, I highly suggest you head back to your car, throw your clubs in the trunk, and get the heck out of there.

8. Hackers hitting from the championship tees

Is there anything better than watching Harry Hacker go to the back tees on a 490-yard par 4 and dribble his tee shot barely past the forward tees?  When, oh when, will people (who rarely play) tee up from the correct tees for their skill level?

These are the guys that run up to your cart after a round and say: “Can I clean your clubs, sir?” They proceed to do a half-ass job and are more interested in the green coming from your pocket than the dirt on your clubs.

This is the guy who rarely does anything to speed up agonizingly slow players. He simply can’t seem to comprehend the concept that a foursome of super slow players is ruining the golf experience for several other foursomes. 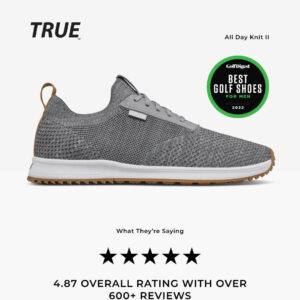