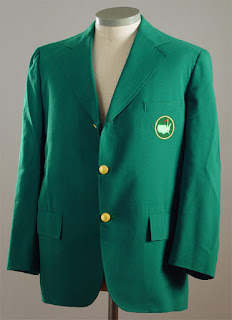 1. Phil “The Thrill” Mickelson (-8) is only one shot back. Did you see that phenomenal flop shot on no. 15 yesterday? You just can’t take your eyes off Phil because you never know when he’ll pull off a shot that no other player on the planet can execute.

2. There are nine players within six shots of the lead and presumably we’re in for more lead changes than your average, trade-some-paint and get-out-of-the-way NASCAR race.

3. Besides Phil, the eclectic line-up of contenders include Bubba Watson (-6), with his mammoth drives and ability to work the ball just about anywhere he wants; Louis Oosthuizen (-7), a British Open champion with a flawless swing; Matt Kuchar (-5), currently ranked 18th in the world rankings; Padraig Harrington (-4), a three-time major winner; Hunter Mahan (-4), known for throwing up low 60s scores, and don’t forget the leader, Peter Hanson (-9), a steady Swede, who had the round of his life (65) on Saturday.

4. The back nine at Augusta National guarantees a great finish. Phil shot 30 yesterday and reportedly the pins will be in more inviting positions on Sunday.

5. No. 18 always yields drama because of its premium on a precision drive and well-placed approach shot to have an attempt at birdie. Can Phil do it again on the last hole? The entire golf world will be tuned in to find out.