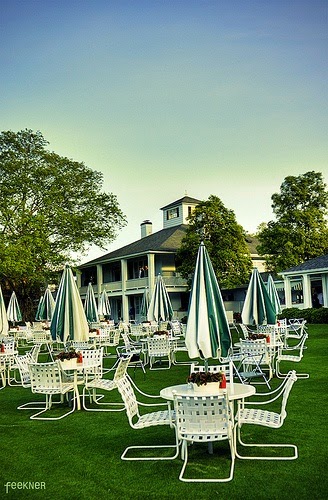 When Tiger announced his bad back would keep him out of the 2014 Masters, you would of thought some media members wanted to cancel the whole thing and just tee it up next year.

Not so fast, my friends. Like most fans, I can’t celebrate my spring without a healthy dose of azaleas, Magnolia Lane and the dulcet tones of Jim Nantz waxing poetically about this golf nirvana.

Let’s face it, Tiger is a huge draw, but this is the Masters. It’s the most important golf tournament on the planet and even Tiger has to take a backseat to this celebration of the game in the Georgia pines.

Here are 5 reasons why the 2014 Masters is bigger than Tiger:

1. The Masters is Never Boring
Whether it’s Bubba hitting an impossible hook shot off pine straw in a playoff in 2012 or Phil pulling off some straw magic through the pines on the 13th hole in 2010, the Masters inspires golfers and brings out their best. Oh, Tiger’s hit some great shots (the unbelievable chip shot at the 16th in 2005), but just about everybody in the field gets the adrenaline flowing so you never know what miraculous feat you’re going to witness. For instance, Louis Oosthuizen’s double eagle shot from 260 yards out on hole number two in 2012 is one of my favorites.

2. The Masters Celebrates Golf History and Family
The Masters is timeless and absolutely none of the traditions change without Tiger’s presence. They were there before Tiger played his first Masters in 1995 and they’ll be there long after he stops playing the PGA Tour. Treasured traditions like the ceremonial honorary starters, the family-oriented par three tournament with the players’ small children wearing mini-size caddie outfits and the Champions Dinner on Tuesday of Masters Week are cherished by every golf fan.

3. Lefthanders, Not Tiger, Grab the Spotlight and Have An Advantage
The design of Augusta National favors southpaws, not Tiger. Woods doesn’t bomb it off the tee like he used to and the design of some holes call for approach shots more receptive to lefthanders. In fact, in the past 11 years, five of the winners have been lefties– Phil Mickelson is a three-time Masters champion (2004, 2006, 2010), Bubba Watson (2012) and Mike Weir (2003).

4. The 2014 Masters Has Other Great Story Lines
While Tiger winning the Masters with a creaky back would’ve have been the ultimate story, this year’s Masters has no shortage of interesting story lines. Among the more intriguing are: Craig Stadler and son, Kevin Stadler, as the only father and son to play in the same Masters; Aussie Adam Scott tries to repeat and if he succeeds, he’ll ascend to the No. 1 golfer in the world; 23 first-timers in the 2014 Masters; following the ever-confident Patrick Reed, a three-time PGA Tour winner this year, to see if he can capture a major; and watching Rory pursue the Green Jacket.

5. It’s the Masters, Enough Said
No corporate signage. No goofballs yelling “in the hole” on the tee boxes at par fives. No rip-off concessions prices. No goofy trophies… The Masters is different and we like it that way. It’s the most popular golf tournament in the world. Make no mistake, Tiger has added a lot to Masters lore, but the tournament doesn’t need him. He needs the Masters every spring, just like the rest of us.