Do you want to broaden your horizons and tee up at some different courses in 2015?

Of course you do…

In elf-like fashion, the Guru has been working diligently this holiday season to compile a list of new and recently improved and renovated layouts. It’s his gift to every travel-loving golfer out there in cyberspace.


So, thoroughly clean out your bag for the New Year, stock up on your ball inventory and prepare yourself to play some of these gems in 2015 and beyond:

Cabot Cliffs (Nova Scotia, Canada)–This magnificent Bill Coore/Ben Crenshaw layout on Cape Breton Island will be the most talked about course in 2015. Expected to open in July, Cabot Cliffs will be the sister course to Cabot Links, a phenomenal golf complex developed by Mike Keiser, who brought us Bandon Dunes in Oregon. Cabot Cliffs will be a moveable feast of rolling sand dunes and soaring cliffs. The front nine is routed through low lying dunes around wetlands and back nine features cliffs up to 100 feet high. My nomination for the most dramatic hole is the par 3 16th, which requires a tee shot over ocean to a green rimmed by jagged cliffs.

Dye’s Valley Course at TPC Sawgrass (Ponte Vedra Beach, Florida)–Following a 7-month enhancement program in 2014, the course improved its overall playing conditions with a new irrigation system, reconstruction of all green, tee and green-side bunker complexes, replacement of fairway turf and the expansion of the drainage network. Opened in 1987, the course was designed by Pete Dye in collaboration with Bobby Weed and PGA TOUR player Jerry Pate.

El Cardonal (Cabo San Lucas, Mexico)–Opened in December (2014), this is a Tiger Woods design at Diamonte, a residential resort. The course is routed on a stunning piece of land with views of the Pacific Ocean and Sierra de la Laguna Mountains in the distance and arroyous, native dunes, cacti and mature vegetation.

Gamble Sands (Brewster, Washington)–Known for his great work at Bandon Dunes in Oregon, architect David McLay Kidd’s newest design is Gamble Sands in Brewster, which is about a three hour drive east of Seattle. Built on a giant sand ridge about 1,000 feet high, the course rewards players with spectacular panoramas of the Cascade Mountains and Columbia River. Large, wide fairways and flat greens make the course thoroughly playable for all skill levels. True to its name, though, there’s lots of sand to contend with at Gamble Sands. The public-accessible course is slated to open a small lodge by 2016.

Rams Hill Golf Club (Borrego Springs, California)–Set in the center of the Anza Borrego State Park, this new Tom Fazio design is sculpted from desert hillside and encircled by mountains. Post card beautiful, the course has numerous elevation changes and all sorts of water features like streams, waterfalls and lakes. Rams Hills is located about a 90-minute drive from San Diego and a 60-minute drive from Palm Desert. The long term plans are to take the club private, so you might want to play this gem sooner rather than later.

Trump Golf Links Ferry Point (Bronx, New York)–Scheduled to open in 2015, this Jack Nicklaus Signature Design in collaboration with architect John Sanford, will feature stunning views of the Manhattan skyline from most of the 18 holes. Other amenities include a $10 million clubhouse and practice facility with lights for nighttime use. Open to the public, the Irish links-style layout will be nearly treeless with tall native grasses and dunes and tee boxes that rise as high as 55 feet above the fairway. 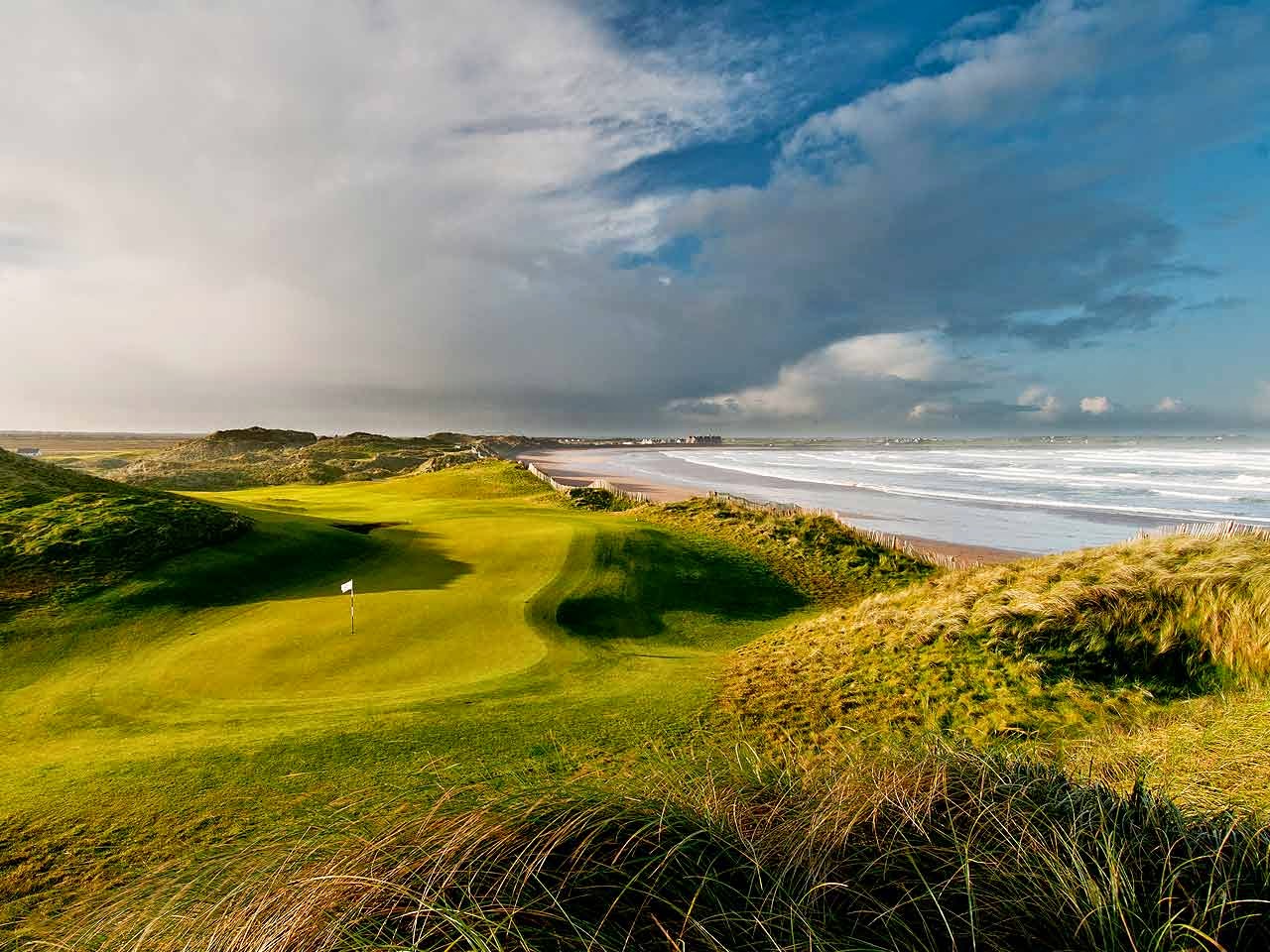 Trump International Ireland Hotel & Golf Links (Doonbeg, Ireland)–Recently purchased by Donald Trump, this luxury resort (formerly known as The Lodge at Doonbeg) has embarked on an extensive enhancement program. Situated on lush farmland and framed by the Atlantic Ocean, the Greg Norman designed course opened in 2002. Trump has promised to elevate the courses profile and enhance the overall playing experience.