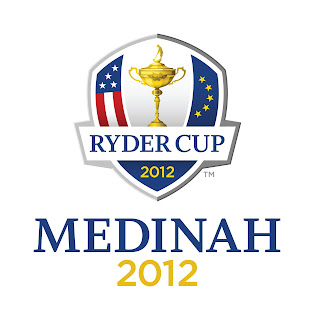 The Euros are always primed and jacked up about the Ryder Cup and this year is no different. With the subdued Davis Love III as captain, the Americans will, no doubt, take a more measured and professional approach to RC 2012.

Rory is No. 1 and Luke Donald and Lee Westwood are number three and four in the Official World Golf Rankings, so Europe has to feel good about its chances in RC 2012 at Medniah Country Club outside Chicago September 28-30.

With Love III at the helm, I don’t think we’ll see any storming of the green like Brookline or many in-your-face fist pumps by the Americans.  By contrast, the Euros have Ian Poulter and Sergio Garcia, a couple of the most irritating, self-absorbed cheerleading golfers on the planet.
The rowdy Chicago area fans will do their best to needle Poulter and Garcia and they’ll definitely return fire, so it should be some good television viewing.
Suffice it to say, much like the Masters, the Ryder Cup is largely a glorified putting contest. You can absolutely, positively not expect to win either event unless the putts are falling.
Historically, when the European players start dropping bombs from every part of the green, the Americans are in deep trouble.
I love the Red, White and Blue, but I’m picking the Euros in this one because I think they can putt anywhere and they desperately want to win on American soil.
WHAT TO EXPECT
The Americans
{The team: Tiger Woods, Bubba Watson, Jason Dufner, Keegan Bradley, Webb Simpson, Zach Johnson, Matt Kuchar, Phil Mickelson, Dustin Johnson, Jim Furyk, Brandt Snedeker and Steve Stricker}
* Look for Tiger to play well this time.  Even though his Ryder Cup record is a sorry 13-14-2, he loves to play Medinah. He won PGA Championships there in 1999 and 2006.
* Can’t wait to see Jim Furyk taking what seems like hours to line up putts, then get over the ball, only to back off again. Very scintillating television.
* At least we won’t have to watch Sneds (Brandt Snedeker) wearing that ridiculous looking visor.
* Led by low-key Love, this team seems devoid of high intensity guys except for maybe Keegan Bradley and Bubba Watson.  Watney and Fowler would’ve added a little juice to the squad.
* Seems like this team has a wealth of grinders like Dufner, Z. Johnson, Kuchar, Snedeker and Stricker. I’m not saying that’s a bad thing, just that they play steady, not necessarily exciting golf.
The Europeans
{The team: Rory McIlroy, Justin Rose, Graeme McDowell, Paul Lawrie, Francesco Molinari, Luke Donald, Lee Westwood, Sergio Garcia, Peter Hanson, Martin Kaymer, Ian Poulter, Nicolar Colsaerts.}
* Get ready to watch, a bunch of no-name European Tour golfers  sinking putts from everywhere. You know, guys like Peter Hanson and Paul Lawrie knocking in 30 footers in their sleep.
* Sergio Garcia will play all-world golf. If Garcia played as well in the majors as he does under pressure in the Ryder Cup, he’d have 10 majors in the bag by now.
* Ian Poulter will be annoying everytime he wins a match. Heck, he’ll be annoying all the time. Fortunately because of the uniforms, we won’t have to watch him in his signature canary yellow trousers.
* Ya gotta believe the pressure is on Martin Kaymer, who has played poorly for the past 18 months. No doubt, the American players will be lobbying Love strongly to tee up against the struggling Kaymer. He looks nothing like the golfer who won the 2010 PGA Championship.
Medinah Country Club
* In recent years, designer Rees Jones rebuilt all of Medinah’s greens. While there are a few flat pin positions on every green, most of them aren’t very large. For both teams, bring a hot flat stick or fuhgettaboutit.
* Can’t wait to see all the crash and burns on number 15 hole, a potentially reachable par 4.  It’s listed at 391 yards but typically is played from around 350 yards and sometimes as short as 280 yards.
* For wild and crazy par 3’s, the 245-yard number 13 promises  to be fun-to-watch.
Television Coverage
* NBC’s Johnny Miller and Dan Hicks will make some great calls, but, is there anything better than hearing Gary Koch’s “Better than most” call again and again. Or how about Roger Maltbie’s “It looks like a bad lie, back to you Johnny.”
* Can’t wait for the countless shots of Coach Love and Coach Olazabal driving aimlessly around the course with their walkie-talkies in a topless golf cart.
* How about the obligatory shots of the stunningly beautiful wives of American golfers. I hope tennis star Carol Wozniacki is there supporting Rory.
* If Captain Love’s picks like Furyk and Stricker falter, get ready for the incessant babble how about how great near miss picks like Rickie Fowler, Nick Watney and Hunter Mahan would have done.
* Get ready for the feel good story about European team member Luke Donald returning to Chicago where he played college golf at Northwestern. Jimmy Roberts reporting, of course.
* Can’t wait for the audio of Chicago drunks yelling “In the hole” when Americans are at the tee on a 590 yard par five or the all-to-predictable “You da Man” when a fellow citizen hits a long putt to win a hole.
* Something to look forward to: Slow-motion shots of Rory McIlroy’s golf swing. His swing is mesmerizing to watch. 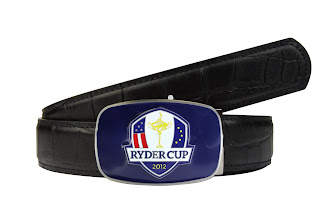