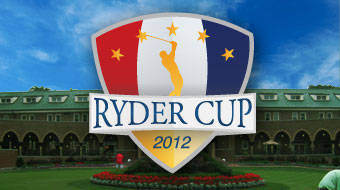 What did we just witness?

The Miracle at Medinah or the Meltdown at Medinah.

I’m going with the latter. For two days, Captain Love made all the right moves. On the third day, everything fell apart for the Americans. He front loaded the line-up and none of his big guns delivered.

At least Jean Van de Velde, who melted down in the ’99 British Open, and Greg Norman, who squandered the ’96 Masters, can welcome some new members to the “All Crash and Burn All-Stars” team.

Here are some observations:

* Not to gloat, but, in a previous column I picked the Euros to win. Why? Because the Ryder Cup is a glorified putting contest and I thought the Euros could hit more clutch putts on Medinah’s greens.

* All the announcers kept telling us over and over again about how Steve Stricker is the best putter on Tour. Geez, I can’t remember him ever hitting a clutch putt, anywhere.

* I believe the match was lost in the Mickelson v. Rose match. Mickelson was so sure he had it wrapped up, he was giving thumbs up and smiles to Rose. Once Rose hit that 35-foot bomb putt on no. 17, it was all but over.

* Another key match was Paul Lawrie v. Brandt Snedeker. Sneds was one of the hottest players on the American squad. The 43-year old Scotsman torched him in a match Captain Love was probably sure he had in the bag.

* My biggest disappointment was the Keegan Bradley singles match loss to Rory McIlroy. The floppy haired Irish lad arrived in a police car about five minutes before his tee time. He didn’t have time to warm up and hit a couple of practice putts. Then he goes out and wins a point against the red hot Bradley. Absolutely amazing. Bradley seemed a bit lost without his old back-slapping buddy Mickelson.

* I like Jim Furyk, but, let’s face it, he was only chosen based on being a good buddy of Love’s. Rickie Fowler or Nick Watney should have been selected instead. The only thing I’ll remember about Jim at this year’s Ryder Cup is him and his caddy, Fluff, spending what seemed like hours trying to read a putt. Then Furyk steps up and blows it. No, correction. First he steps up to the putt, steps away, then blows it.

* Please, no more Ian Poulter until the next Ryder Cup. With his middle-school spiked haircut, bugged out eyes and general annoying demeanor, I’ve had enough of this guy for a while.

* If you thought Poulter was annoying this year, wait until, oh, 2024, when becomes a captain.

* Hey, that “Win it for Seve” thing really worked.

* This was the ultimate payback for Brookline.

* In the end, their top players, McIlroy, Westwood and Donald, were better than ours, Woods, Mickelson and Watson.

* Is it just me, or does Medinah Country Club clubhouse look like it belongs in some Arab country, not Chicago.

* I absolutely love the finishing holes at Medinah, numbers 15, 16, 17 and 18. They created lots of drama and excitement.

* Sorry Captain Love, Tiger Woods should never be on the bench in any golf competition.

* You can spin the Ryder Cup 2012 anyway you want to, but the bottom line is the Euros hit countless clutch putts on the last day and the Americans did not.