As a public service announcement, let me state unequivocally, I’m not a whisky/whiskey connoisseur.

I’m not even close. So please whisky snobs, take it easy on me.

I just know there’s no better way to celebrate a round of golf than enjoying a shot of this smooth, liquid gold. I’m a devout whisky drinker and I’ve proudly taken a wee nip or two for some swing oil on frigid, breezy days in Scotland and Ireland. Hey, forget that barley soup and hand warmers, I need a serious heater!

I enjoy lighter whiskies and don’t really care for the celebrated aged, smokey, oaky versions, which often tend to be more expensive anyway.

In many ways, I’m typically American that way. Several years ago after a round of golf in Scotland, I stopped by a pub in Edinburgh to celebrate with a wee dram of Glenmorangie. The grizzled Scot sitting next to me at the bar– who looked like he occupied the barstool on a daily basis– gave me a wink, shook his head in mild disgust and said, “Why don’t you yanks drink some real whisky?”

I didn’t have a real good answer for him other than to raise my glass in a toast and say, “Hey, I like what a I like.” He laughed, we toasted and started talking golf and beer instead of Scotch whisky.

How do I like my whisky? I prefer it “neat” and never “on-the-rocks”, unless I’m having my favorite summer drink, Irish whiskey and ginger ale. As you’ll see below, I tend to favor Scotch, Irish and one particular American bourbon whisky.

That said, here are my “Five Go-To Whiskies”:

I’ve tried my share of Scotch whisky through the years and I always come back to Glenmorangie. It’s sooooooo smooth with complex flavors. The Original single malt is matured for ten years in first and second fill American white oak casks. Seriously, nothing motivates me to finish my round strong than two or three fingers of Glenmo 10 waiting for me at the clubhouse bar.  With notes of honey, tropical fruit and malt, this stuff is so mellow and smooth going down. As I mentioned, I like my whisky lighter and smoother and Glenmo 10 is everything I want in a whisky. 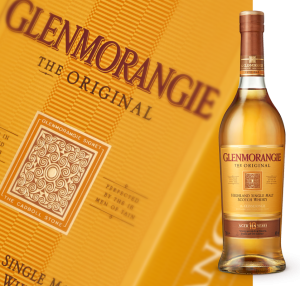 They’ve been making this nirvana nectar since 1608 and they bill themselves as “the oldest licensed distillery in the world.” I love this stuff so much I took a tour of the distillery in Northern Ireland a couple of years ago and I was overwhelmed by the care and attention to detail they take in producing every golden drop of my favorite swing oil. All of their whiskey is made, matured and bottled at the Bushmills Distillery, which contributes to their exceptional quality control. My fave whiskey in their product line is the Bushmills Original, which is triple distilled and matured in both bourbon and sherry casks. It has some wonderful fresh fruit, honey and vanilla caramel notes.

Most Americans probably started drinking it in college (I did) or perhaps they’ve thrown down a few shots on St. Patty’s Day. Jameson is the number one selling Irish whiskey in the world. I definitely select it when I want a Whiskey Ginger. Triple distilled Jameson blends wonderfully with ginger ale and some ice. A couple of years ago I did the Jameson Distillery on Bow Street tour in Dublin and thoroughly enjoyed learning about this great whiskey, which has been around since 1780.

I just love this stuff. It’s about the purest Kentucky bourbon I’ve ever tasted. An authentic barrel proof whiskey, it’s uncut with water and has tones of caramel, brown sugar, cinnamon and citrus peel. I’ll take it neat or it’s my preferred choice when I order an Old Fashioned (with an orange slice, please.). 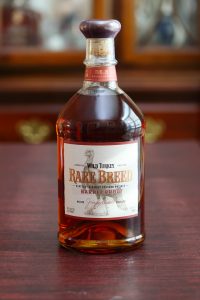 While it gets a bad rap from whisky snobs who consider it a low end scotch, rest assured, everybody but the snobs seem to love this stuff, including me. Fact is, one dram of The Famous Grouse is sold every three minutes in the UK making it the biggest selling whisky in the United Kingdom.  My gosh, more than 43 million bottles of The Famous Grouse was consumed worldwide last year. I don’t much care what the snobs think so I have no reservations in ordering a dram of The Famous Grouse to celebrate a great round of golf or take it on the course for a wee nip and some swing oil. 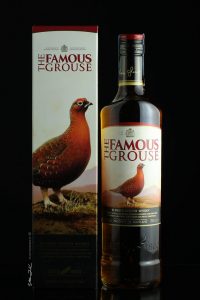