Tiger Woods, like him or despise him, has had a profound impact on the golf universe since he exploded on the PGA Tour August 29, 1996.

Who can forget, “Hello world!”

Rest assured, Tiger is going to influence the golf world in many significant ways long after he puts away the sticks for good.

Woods is following in the footsteps of golf icons Arnold Palmer, Jack Nicklaus, Gary Player and Greg Norman who have kept contributing to the game through successful business ventures in golf course design, clothing, wine, sports drinks and other products. 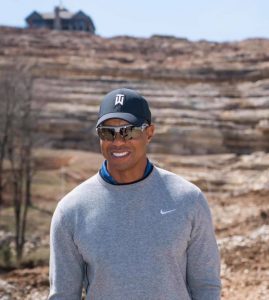 Forget about putting through a dragon’s mouth or under a giant windmill, Tiger’s PopStroke putting courses have a realistic look with fairways, bunkers and rough on synthetic turf. In a recent promotional video, here’s how Tiger described Popstroke: “We’re bringing our one-of-a-kind golf experience closer to you… Each property will have two unique, 18-hole putting courses designed by me and my TGR Design team, a nice restaurant, bar, outdoor game area, and of course, ice cream.”  The family-friendly courses are designed for enjoyment by all skill levels. PopStroke currently has two locations in Florida (Port St. Lucie) with more locations to come in the next 18 months in Arizona (Scottsdale, Glendale), Florida (Sarasota, Orlando, Tampa and Delray Beach) and Houston, Texas. 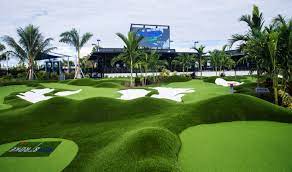 When you pair Pebble Beach with Tiger Woods, you know you’re going to get something special. The Hay is drop dead gorgeous with spectacular views of Carmel Bay.  Opened April 16, 2021, the nine hole, par-3 course is short with the longest hole measuring 100 yards and four holes at 61 yards or shorter. One of its most impressive features is the 2nd hole, which is an exact replica of the Pebble Beach Golf Links’ famous stunningly beautiful 7th hole. The finishing hole, named “Tiger” is 100 yards long in commemoration of Tiger’s victory at the 2000 U.S. Open, which was the 100th U.S. Open. 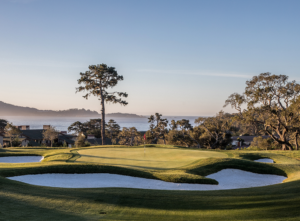 The Woods Jupiter in Jupiter, Florida is an upscale sports bar awash in plush leather chairs, dark wood accents and 40 flat screens. Looking more like a high-end restaurant that would blend well on nearby Worth Avenue in Palm Beach, The Woods is the antithesis of your well-worn sports bar where tank tops and flip flops are fashion statements and the menu is dominated by parmesan garlic wings and cheeseburgers. Tiger’s version of the sports bar genre is decidedly upscale with a menu dotted with chef-driven specialties like Braised Short Rib Tacos, Lobster and Crab Cake Sandwich and Chicken Caprese Panini. Don’t worry, you can also get burgers (The Woods, Bison and Turkey) and chicken wings (Buffalo, BBQ and Spicy Agave.) 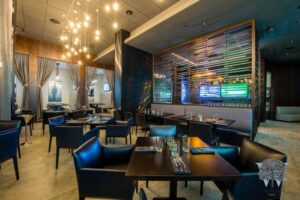 Long before his personal trials and multiple back surgeries, Tiger Woods and his father, Earl Woods, created  the TGR Foundation in 1996. Tiger and his dad wanted to help underprivileged minority students regardless if they knew a golf ball from a bowling ball. The programs emphasize STEM skills (Science, Technology, Engineering and Math). More than 175,000 students have matriculated through the program and the students have an amazing 98.7% college graduation rate.  “TGR is my chapter two – my way of building a legacy that’s more than birdies and bogeys,” Woods recently commented to the National Golf Foundation. 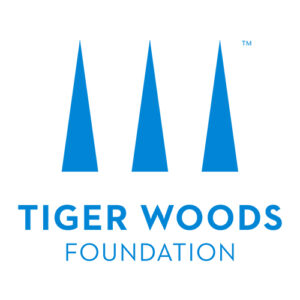