The Tiger is back.

About the only thing that can perhaps slow down Tiger now is
is that Hank Haney tell-all book slated for release tomorrow (March 27).

Woods returned to form in Orlando with a slew of birdies and eagles leaving the likes of Graeme McDowell and Ernie Els struggling to keep pace.

After two years of wayward drives, missed putts and knee problems, Woods is finally back holding a trophy and making his fellow competitors mumble that familiar line: “Wha happen?”

What a two year plus drought it has been for Tiger?

First the fire hydrant at Isleworth, followed by a loss of all his major sponsors, a stint at a Mississippi sex clinic, a divorce, a move to a mansion in south Florida, a new instructor and swing change, a very public verbal throwdown with ex-caddie Steve Williams, a new caddie and a few tournament withdrawals along the way.

And those are just the highlights of the tumultuous life of Tiger Woods since that fateful night of the escapade in the Escalade.

Love him or despise him, it looks like Tiger is really back this time.

Whether Tiger can continue this magic in the Majors remains to be seen. 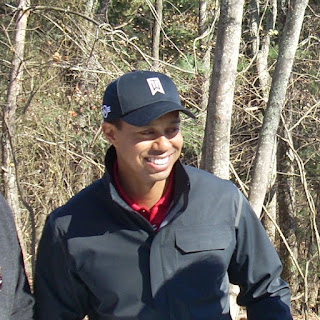 Whatever you think of Tiger, he just made the Masters that much more intriguing this year.

Finally, we might see this generation’s version of the big three–Tiger, Phil and Rory–battling it out on the slick greens and lush fairways of Augusta National.