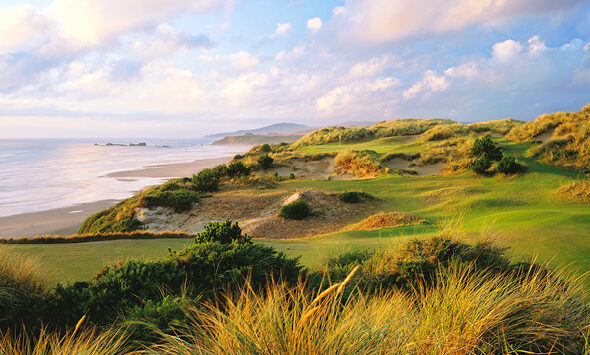 You don’t have to fly to Scotland and Ireland to hit great bump and run shots, dig out of pot bunkers and play through the wispy stuff.

You can do all those things on American soil.

We’ve got a great menu of options, too. 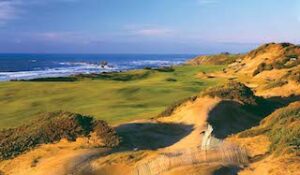 “Hey, did I Just parachute into Scotland with my golf clubs?” might be your first thought as you step to the first tee on one of Bandon Dunes’ six courses. No, you’re actually on the stunning southern Oregon coast. Here, the courses take full advantage of terrain with massive sand dunes, giant shore pine trees and Pacific Ocean panoramas. You’ll love the tight lies, tall grasses, undulating fairways and other engaging elements of these phenomenally designed courses in a drop dead gorgeous setting. 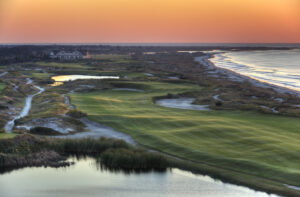 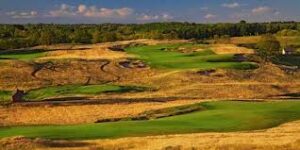 Site of the 2017 U.S. Open, Erin Hills is a major challenge, especially if you don’t play the correct set of tees for your skill level. Luckily there are 7 sets of tees, so no excuses for a scorecard dotted with double bogeys on this walking-only layout. The entire course is fescue grass with wavy rough framing the greens. You’ll get the full links-style experience with long undulating fairways, penal bunkers, well protected greens and high rough just off the fairways. 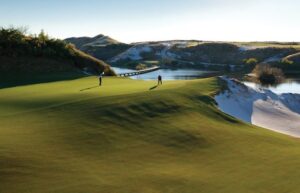 Step onto the back terrace of the Streamsong clubhouse, and  the scene in front of you doesn’t look like Florida the wild, exotic sand mounds– some as high as 75 feet– conjure up images of Ballybunion in Ireland or the somewhat bizarre Tobacco Road in Pinehurst. The unusual terrain looks ominous, but it’s definitely an inviting setting for golfers. You’re in Florida, alright. Smack in the middle of nowhere. Streamsong is an 80 minute drive from Orlando and about an hour from Tampa. The Red and Blue Streamsong courses are Florida’s links golf answer to the British Isles and a very good answer I might add.