The U.S.A. team will win Ryder Cup 2016 at Hazeltine National in Minnesota.

Yes, you have my permission to call me delusional, a big-time homer or maybe even an idiot (it won’t be the first time) for making this bold prediction.

In the tradition of historic successful predictions made by Joe Namath in the 1969 Super Bowl and Mark Messier in the 1994 N.H.L playoffs, I believe our boys in red, white and blue will bring the Ryder Cup back to American soil.

I can already hear the naysayers out there on the Internet Highway: The Guru’s had one too many single-malts, all of the cumulative jet lag has rattled his smallish brain or he’s just, well, an idiot. 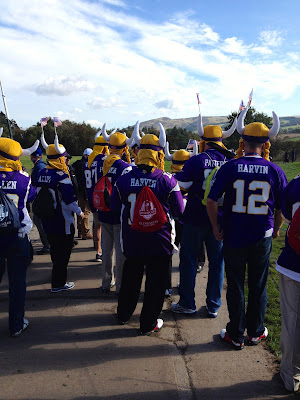 The Guru understands your skepticism. After all, the Euros have won six out of the last seven and four straight Ryder Cups.

That said, here are my reasons the U.S.A. will be spraying champagne on the final day after the singles matches:

NO IAN POULTER–Due to a foot injury, “Poults” will not be a playing member of the European team, although he’ll be a vice captain. Poulter has been the heart and soul of the Euro team with his passion and commitment to Ryder Cup. He rallied his troops at Gleneagles in 2014 with spirited play and timely shots and he was the key player in the amazing European comeback at Medinah in 2012, where he was the top points scorer from either side. Just as impressive is Poulter’s incredible run of five birdies in a row to close out his Saturday four ball match with Rory McIlroy against Jason Dufner and Zach Johnson when Europe was trailing 10-4 and seemingly dead in the water. That match pretty much started the miracle comeback.

PATRICK REED IS IN-YOUR-FACE–The pugnacious, irascible Reed is the type of take-no-prisoners player the U.S.A. team has been missing. His famous finger-to-the-lips “shooshing” of the crowd after sinking a putt at Gleneagles in Scotland in 2014 is the stuff of legend now. Reed went 3-0-1 at Gleneagles and never once backed down to the crowd or opposing players. Nobody on the American team played better than Reed at Gleneagles. The U.S.A. finally has someone as defiant and passionate as Ballesteros and Poulter and Reed should make a big difference at Hazeltine National.

TEAM U.S.A.WILL FINALLY SINK PUTTS WHEN THEY COUNT–In many ways, Ryder Cup matches evolve into putting contests. The Euros have sunk them in timely moments and the U.S.A. has not. I predict that will change in 2016. This year the U.S.A. is bringing some serious flatsticks to the moss. The U.S.A. team has six players in the top 30 in the PGA Tour’s Putting Average (through the weekend ending 9/19/16): Jordan Spieth (T1), Dustin Johnson (3), Phil Mickelson (5), Brooks Koepka (T16), Matt Kuchar (T16) and Brandt Snedeker (26). The top European player is Rory McIlroy at T31, which is where U.S.A Captain’s Pick J.B. Holmes is also slotted. I certainly comprehend that several of the European players don’t play a full PGA Tour schedule, but the numbers are still impressive for the U.S.A. The putts are gonna drop this year and propel the U.S.A. to victory. 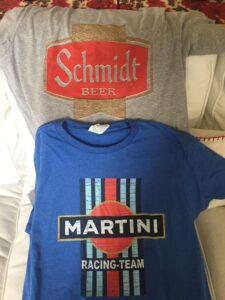 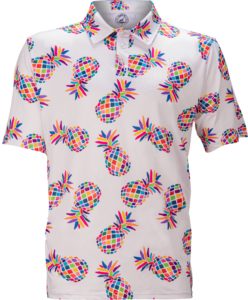